Posted on August 1, 2013 by john in Fishing Tips | Comments Off on It Depends

“It depends.”   That is the best answer that I can give people when they ask what the fishing is like in the Lower Keys in September.  What is biting is completely dependent on what the weather is doing.  If the weather is still hot, which is a 50/50 possibility, the summer fish will still be biting.  Mangrove snapper will still be hanging around the reef and the dolphin will still be the preferred target for the offshore crowd. The bonefish will be prowling the flats and permit will be on the edges of the Gulf. 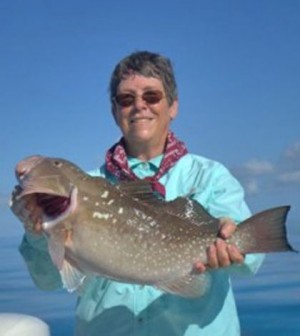 If on the other hand the weather has started to cool somewhat, then the grouper will have started to move up into the shallower reefs and will be much easier to target.  As for the offshore scene you can expect the winter fish such as the king mackerel and the sails to start making their appearances.  The barracuda will start to edge into their position to take up early residence for their winter domination as the kings of the flats.

I am constantly asked by visitors and folks making inquiries from up north, “do you fish all year long?”.  And they seem surprised when I say yes but there is always something going on in the Keys. The challenge is to pick the right fishery to get the most action.  Staying flexible will be the way to position yourself successfully in your outings.

Recently, there has been more action all year long in the trout fishery in the lower Keys.  I am afraid that this is not exactly the best news that we can have.  I fear that it is due to a decrease in water quality that allowed the trout to move into a position in the year long fishery, instead of just during the cooler months.  The Bullfrog Banks and the Spanish Keys are just a few of the areas that were once just a winter fishery and have now been producing all year long.   On the up side it gives us a fall back plan on the days when it is too rough to venture offshore, or when visibility is too poor to pursue sight fishing on the flats. 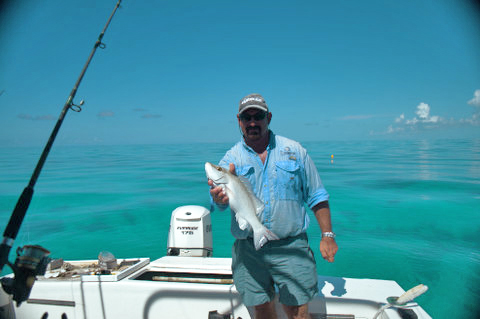 I have had almost forty years of empirical observation under my belt on the state of water quality in the lower Keys.  Just to ruffle the feathers of the scientific community, I would like to dispute their assessment that the water quality problems affecting the Keys have anything to do with our own production and disposal methods of sewage. I do not dispute that we are suffering from an ever increasing supply of nutrient laden water which is undoubtedly bad for the traditional Keys environment. I only dispute the major source of the problem and what the solution is for dealing with the problem.

The scientific community asserts that the problems are home grown, and sewering the Keys is the solution.  If this were true, the water in the backcountry where there is little to no development in the lower Keys would be cleaner than the water on the ocean side. This is not the case. There is a net flow of water through the Keys from the Gulf side to the Atlantic side because of constant currents. This precludes the water from our Keys developments from affecting the backcountry in the way it does our Atlantic side.   I am sure that it falls on deaf ears to remind the powers that be that all of the waste produced, including agricultural runoff that occurs between the Rockies and the Appalachian mountain ranges including all of the lands that border the Gulf, eventually flow into the Gulf of Mexico and eventually through the Keys.  Until that is addressed we are just a tiny drop in a very large bucket and penalizing us financially and driving people and businesses out of the area will not change a thing.

Well that rant is over and off of my chest, and I step off of my soap box for now and get back to what is really important, fishing.
Even though it is harder to plan what to do in the way of targeting specific fish during this time of year that we are transitioning from the summer fishery to the winter, my best advice is to stay flexible and see what the weather bring and be prepared to take advantage of those conditions.