Take Advantage of the Change of Seasons

Posted on August 1, 2013 by john in Fishing Tips | Comments Off on Take Advantage of the Change of Seasons

When the water cools down the fishing heats up.  That is what happens most Octobers.   As fall begins, so does the cooling of the waters in the Florida Keys and the bait starts its annual migration south.  We do not usually have the strong cold fronts this early in the year to blow the bait schools out over the reef line into the waiting jaws of the fish.  Both offshore and reef predators will take advantage of the arrival of the bait.  We in turn can certainly be ready to take advantage of this early arrival.  For this fishing ADD afflicted angler this change in the game comes just in time to keep me from going battier than I already am. 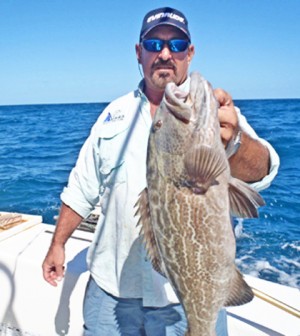 On the reef, the grouper are going to be moving into shallower water to take advantage of the bait that are beginning to arrive. In turn, we can take advantage of their arrival in waters that make them easier to target.  For Keys anglers this is precious little time to target a favorite species before the ill advised closure ends the season just as it swings into stride. But given the time until the shallow water grouper season closes January first, we can make the best of things and take advantage of the time we have.
Mutton snapper likewise will be moving onto the shallow patches in order to snatch an unwary ballyhoo from the surface.  Unlike the over restrictive grouper season, the under regulated mutton snapper are fair game for now.  I just hope that the powers that be will put more restrictions on the number of fish that can be taken before they have to go into panic mode and play catch up with yet another seasonal closure.
Let’s not forget the arrival of the under appreciated cero mackerel.They will be ready to bust up any schooling ballyhoo that they come across.  These speedsters will start to show themselves with impressive sky rocketing leaps as they burst through the schools of bait at the surface.  It is not uncommon to see a cero flying fifteen feet or more in the air before piercing the water on his way back to earth.   By bridling a live ballyhoo onto a wire leader you can witness some of the most fearsome surface strikes that a reef angler has to see.
Outside of the reef, the first sailfish will start to approach the reef line only when the wind turns from the north and pushes the bait over the edge into deeper water.  When the fronts start, the sails are an easy target for the live bait bunch, as they wait just outside of the reef.  The rest of the time the sails will be more scattered and harder to target.  Covering ground out to about five hundred feet of water is not as easy as waiting for the fish to bunch up in water half that deep.  Because of that and the fact that  my Fishing ADD will not let me go too long without some action before changing plans I usually wait for the first fronts to target sails.
When you want fish it pays to go to where the fish are.  Deep structure, such as the wrecks and the humps, will see a large increase in the blackfin tuna population. The tuna will feed well on surface baits early and late in the day.  As for the middle of the day, they will respond well to vertical jigging from near bottom to mid water.  In any case, it’s nice to know where the fish will be. The trick is to get out and go to them.
Once the water temps drop to the refreshing stage from the bath water stage, you will know that is time to shift your focus to the winter patterns and take advantage of this change in seasons.  It is good to live in a place that enables my particular disease… 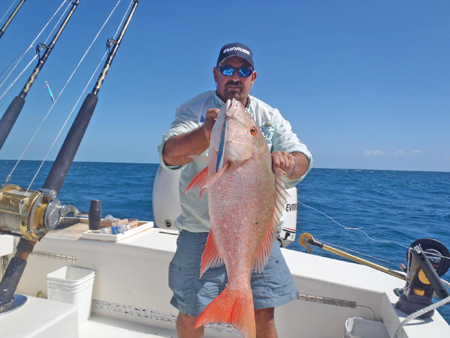